Phalloplasty lengthening is an elective penis enlargement surgical procedure that disjoins the suspensory ligament and fundiform ligament from the pubic symphysis and the penis body. Detaching these ligaments releases buried inner penis and creates space on the dorsal penile body that is anatomically blocked by the physical presence of the ligament’s fibrous connective tissue. See penis anatomy diagram

For most men, approximately 30-40% of their penis shaft exists inside their body and is not usable penis length during intercourse. To address this phenomenon, penis lengthening surgery techniques were developed over 40 years ago by urologists and plastic surgeons. Advancements in medical technology and phalloplasty techniques have drastically improved the outcomes and size gains achieved through enlargement surgery.

Many of the techniques employed in today’s advanced penis lengthening surgeries were pioneered by Surgery Life’s own talented doctors and medical staff. With over 20 years experience, our Erect Penile Lengthening Surgery Under Traction is the leading edge of modern penis enlargement surgery. SLE lengthening penoplasty is performed through a small incision located in the scrotal skin region. The surgery is then completed while the patient’s penis is in the erect state & while being extended under traction. 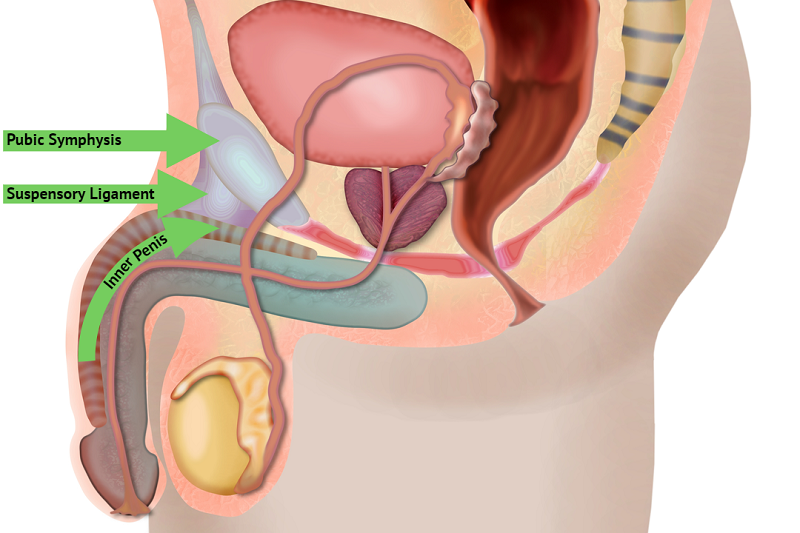